Brett Butz is a versatile two-way power forward preparing to join the Yorkton Terriers of the SJHL. He brings a physical edge, great hands and exceptional leadership traits to the Junior A ranks, and is a promising NCAA prospect to watch as he elevates to the next level in his game. 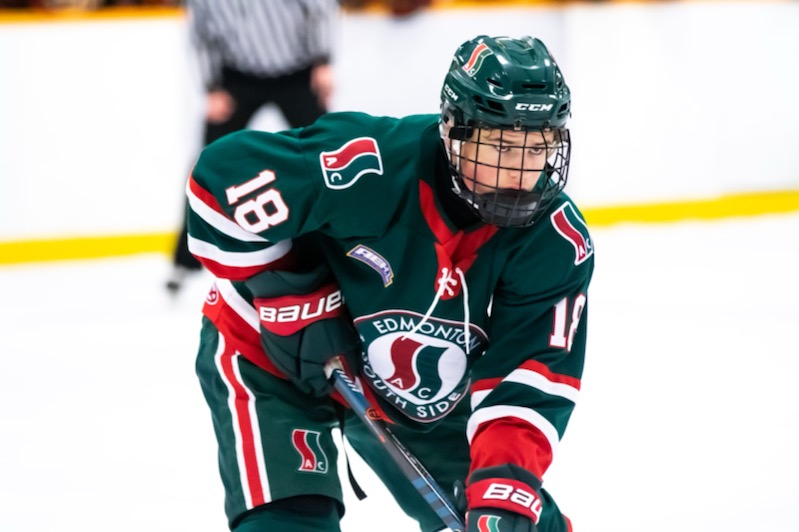 A premier two-way forward formerly with SSAC and now committed to Yorkton of the SJHL, Brett boasts a versatile skillset featuring physicality, tremendous stickhandling and playmaking vision. After elevating as a relied upon forward & leader, Brett thrived in the 2021/22 campaign taking on a considerable role in his team’s top six and special teams units. His hockey IQ, vision and desire to support his teammates makes him an asset on any roster. He showed his leadership traits throughout the season, putting his “A” to work and supporting his club’s cultural growth and aptitude for handling adversity.

Brett is also a repeat Honors student from the last 4 years. His 3.8 GPA jumps off the page and he maintains a humble demeanor, despite achieving success in all areas of being a student athlete. With aspirations of the NCAA in his future sights, Brett now prepares to join Mat Hehr and the competitive Terriers in the tough Viterra Division. Looking to build on a strong season, the Terriers are getting a player & person with limitless upside, who’s just scraping his potential as a dominant power forward.